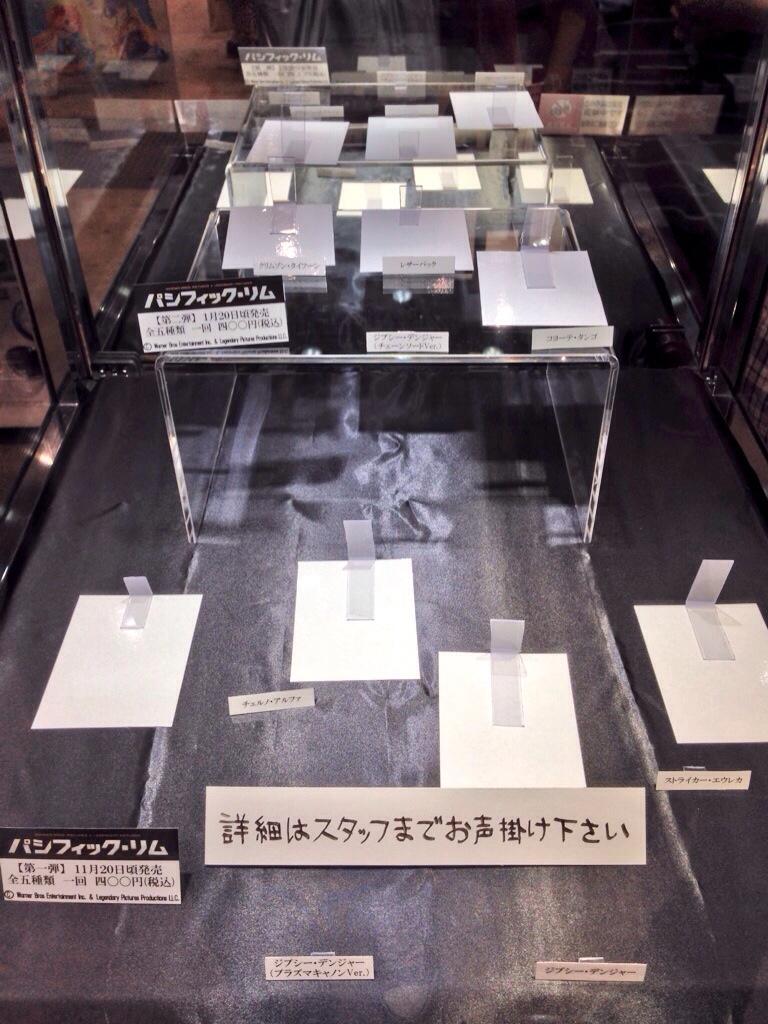 This image comes from a recent event in Japan, the Wonder Festival. This is from Kaiyodo's booth at the event, and though the figures are absent, the title cards remain, informing us of several new figures not in wave 1.

But the four title cards in the back reveal new names. (Clockwise from top-left:) Crimson Typhoon (クリムゾンタイフーン), Leatherback, (レザーバック), Coyote Tango (コヨーテタンゴ), and another version of Gipsy Danger (ジプシーデンジャー). The release date appears to be January 20th (1月20日).

UPDATE: It appears that the new Gipsy Danger is "Chain Sword Version" (チェーンソード).


Series one is out November 20th!