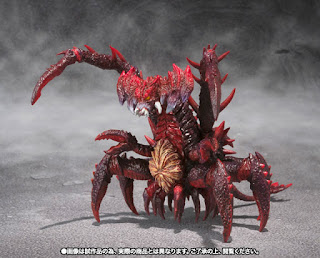 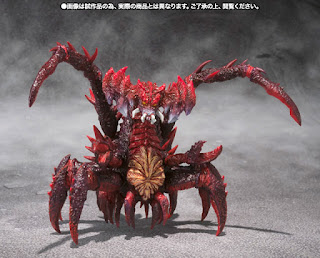 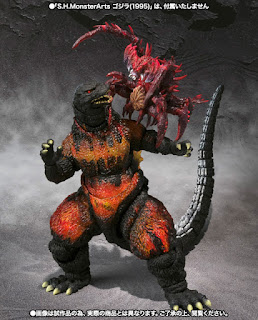 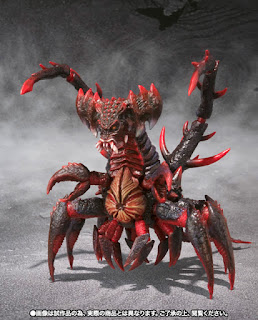 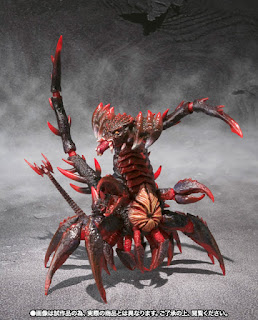 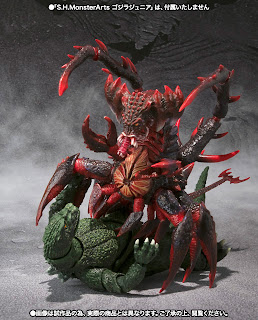 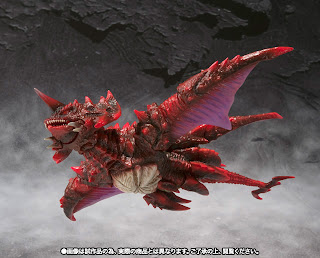 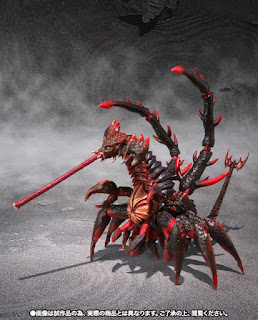 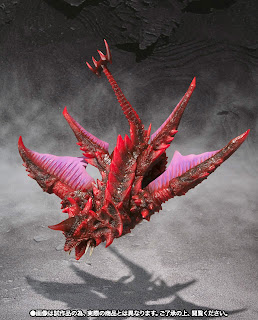 
Now this is interesting!  Yuji Sakai posted this photo on his blog, Godzilla Dream.  It illustrates the size relationship between the S.H. Monsterarts Godzilla 1995 and the smaller Aggregate from the Destoroyah Evolution Set! 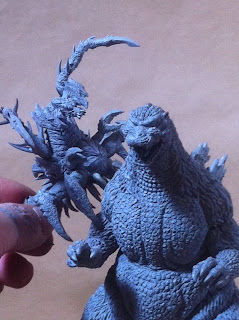 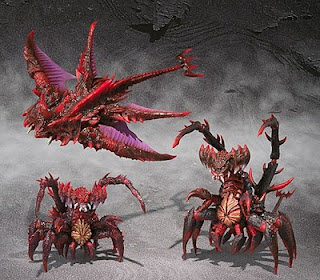 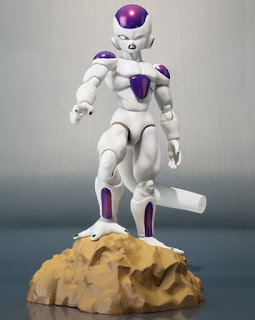 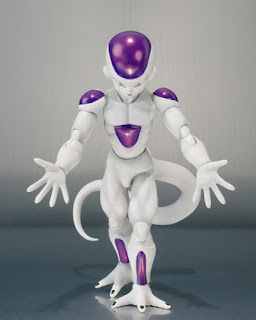 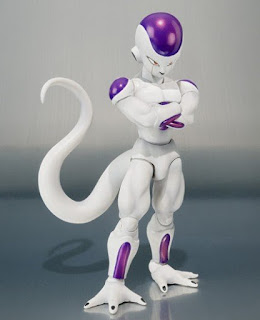 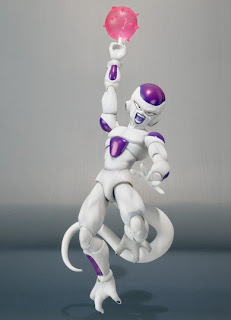 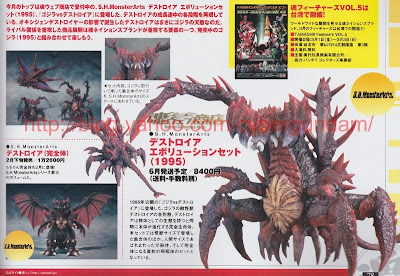 First scan of the egerly awaited Destoroyah Aggregate and Flying forms as S.H Monsterarts figures. Part of the upcoming web excluisive Destoroyah Evolution Set! (Bluefin distribution of this set into the US is to be annouced.)

UPDATE: Cleaner Scan with another image!
at 10:07 AM No comments:
Email ThisBlogThis!Share to TwitterShare to FacebookShare to Pinterest
Labels: Bandai Web Shop, Godzilla, News, S.H. Monsterarts

Hey, folks! I'm taking a survey- strictly for fun -  for what you would like to see in the future for S.H. MonsterArts. It's not official or affiliated with Bandai or Bluefin, but I thought it would be fun to measure responses. If you're interested in taking it, take a look at it here.

Basically, this survey is a little bit more in depth. Here, you can select 3 monsters you would like to see, and included the year the monster appeared and the reason you want it in the line- it can be any reason!

Once Spring has come and gone, an official write up will be posted here for everyone to see!
at 2:12 AM No comments:
Email ThisBlogThis!Share to TwitterShare to FacebookShare to Pinterest
Labels: S.H. Monsterarts

Earlier this morning, new scans were posted online. In the commotion of the Destoroyah set and the awesome D-Arts and Iron Man characters, we here at Import Monsters might have missed....

Do note we are not confirming this, as no one on the IM staff can read Japanese, but フリーザ is Frieza's name in Japanese, and, using google translate, 最終形態 is Perfect Form.

We will bring you more information, and a confirmation, if this is indeed correct. 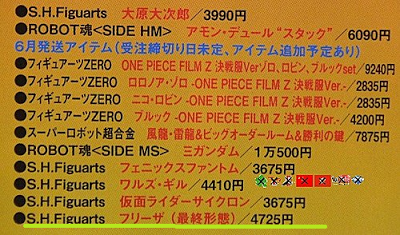 As shown in the first listing, it looks like Destoroyah will have all of its forms released! June release, price at 8400 JPY(which is about $94.56 at the current exchange rate). 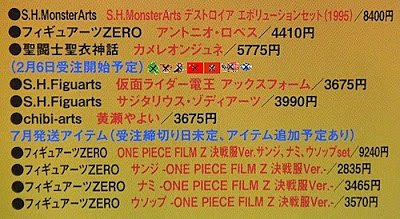 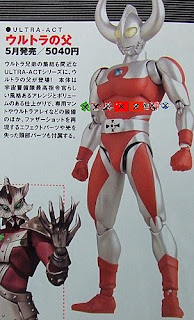 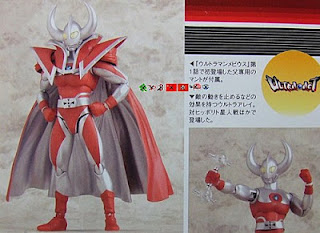 Also, Iron Man in May! 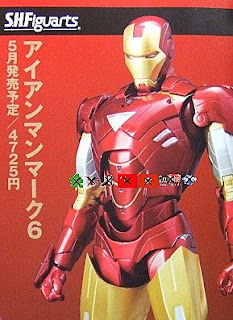 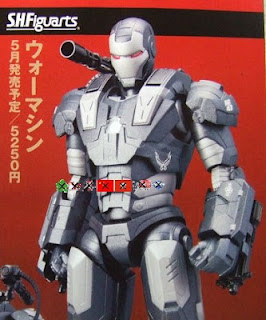 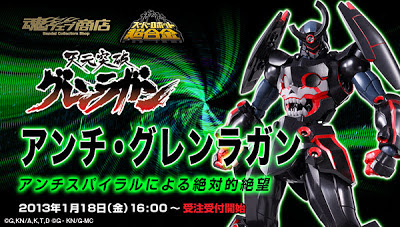 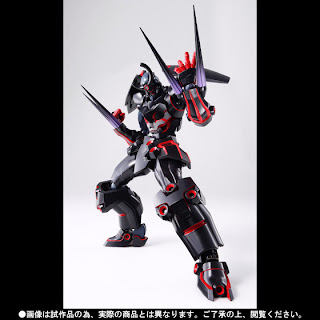 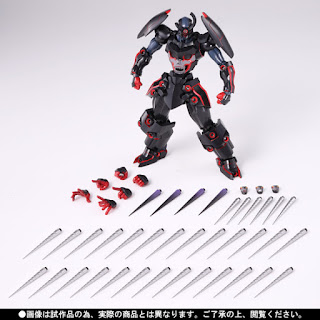 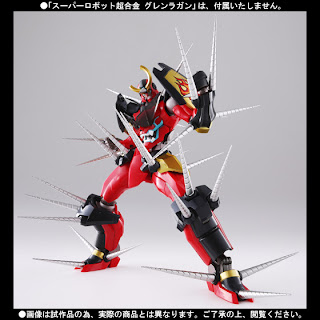 at 3:02 AM No comments:
Email ThisBlogThis!Share to TwitterShare to FacebookShare to Pinterest
Labels: Gurren Lagann, News, Super Robot Chogokin

Sorry for the news drought! Not too much going on in the figure world at the moment, but Tamashii Nations just posted this picture of Iron Man! 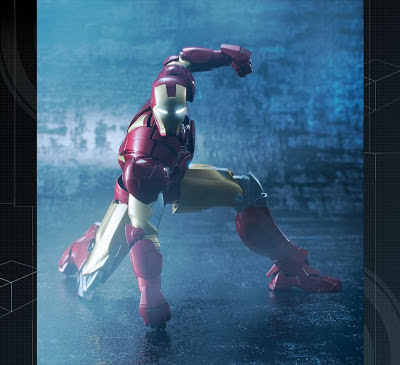 at 12:41 AM No comments:
Email ThisBlogThis!Share to TwitterShare to FacebookShare to Pinterest
Labels: Iron Man, News, S.H. Figuarts

Big Bad Toy Store has just listed a preorder for "Revoltech 131 Naked Snake" due out in April 2013.

No confirmation, and the placeholder image is that of the Play Arts Kai Naked Snake, but if this is true, we will be sure to cover it!
at 8:34 PM No comments:
Email ThisBlogThis!Share to TwitterShare to FacebookShare to Pinterest
Labels: Kaiyodo, Metal Gear Solid, News, Revoltech, Rumor

Bluefin released their May 2013 schedule with a few expected releases.... And some rereleased surprises!!

D-Arts Megaman X $39.99
at 9:41 PM No comments:
Email ThisBlogThis!Share to TwitterShare to FacebookShare to Pinterest

Preorders are up for King Kong!

Please remember to preorder at a US retailer once preorders start popping up on Amazon and other sites!

However, you can preorder King Kong at ToyFreakz now!

at 2:23 AM No comments:
Email ThisBlogThis!Share to TwitterShare to FacebookShare to Pinterest
Labels: King Kong, News, S.H. Monsterarts

Bluefin has just confirmed that the Super Robot Chogokin Megazord is up for preorder at Toys R Us! Price is $59.99 and is expected in stock on 2/15/13! No word yet if it will be available on store shelves.

If there are any updates, we will keep you posted!

Click here to preorder now or check it for yourself!

If you're on Facebook but haven't "liked" Bluefin Tamashii Nations USA yet, go ahead and do it now! 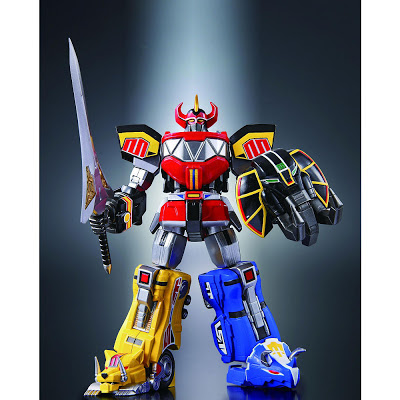 The time has come, for I the the Import Monster sniffer dog John Thomson to present to you all a review just for this awesome place!

The figure we are going to look at in this first review of the Sniffer Dog is the next entry into the S.H Monsterarts line, Godzilla Junior. How does he stack up against his fellow web exclusive and regular kinsmen? Read on true believers ...

In 1995, Toho finished the Heisei era of the Godzilla Films with a grand finale where Godzilla ... Actually dies. The film in question is "Godzilla vs Destoroyah". Not only did it introduce the widely loved "Burning Godzilla" design, but also revealed the Kaiju known as "Destoroyah" & "Godzilla Junior" All 3 became fan favourites world wide. So much so that in the last months of 2012, the film trio were announced to be included in the S.H Monsterarts line to the delight and surprise of fans. Burning Godzilla/Godzilla 1995 was released back in November, Godzilla Junior on Christmas day and the highly anticipated Destoroyah final form will be released in late February.

The Box for Godzilla Junior features the usual Monsterarts fanfare, with a window, character information, sculptor information, and promotional pictures. What is noted, however, is the size of the box. It is convenient and highly space friendly.

Like all figures that came before it, the core figure and accessories are contained in a plastic case to protect them from any damage. The usual.

Top marks once again on that front.

The sculpt was once again overseen by Sakai Yuji, who is widely known as the best in his field.  His magic on Junior does not disappoint.

The mass produced version of the sculpt almost looks like the actual prototype, since it is really well captured. Everything from the facial/jaw features to the tail segments is faithfully recreated from the original suit and puppets of the young Godzilla in an almost perfect manner. The paint work is also pretty well done this time around. Junior boasts a strong lizard green paint scheme for his body, while the eyes are done a neat shade of red. Even the tiny tongue is painted over ( and it is TINY )

However, there are a few things that prevent it from being completely perfect. I'l go more in depth with these issues in the [ WATCH OUT! ] segment of this review.

Moving on to this figures highlight.

As Burning Godzilla seems to show, Tamashii is using a new articulation set up for the Monsterarts Figures. Its a hit and miss with some, but I love it! So naturally Junior also adopts this new system and the pay off is excellent.

The Jaw joint can move up and down. However it seems to be on a ball joint thus it can look off sometimes, but that also means it can be adjusted to look normal ( Like with the Monsterarts Godzilla 1994 ). Joints in the head and neck allow Junior to look in many directions including being able to look down.  It's all segmented pretty well. Next is the arms. They move and animate just like the other Monsterarts' arm structures so it's familiar territory right off the bat. The chest is also reminiscent of Little Godzilla's chest articulation, but less restricted in Junior's case. Another area similar to a previous release ( and this is where the new system comes into play ) is that of the torso joint that Burning Godzilla introduced. Because of this, Junior's articulation syncs with his rather streamlined structure allowing for more posing than most of the other Monsterarts figures.

An entirely new area of articulation however is that of the exclusive leg build that belongs to Junior. That range of motion in them is really nice and seems to be problem free ... Save for a particular issue ( That can be fixed by the way ).

Now onto what I think is the strongest aspect of the range of articulation for this figure ... THAT TAIL! Wow, It is hands down the best in this entire line to date. The flow of movement the joints allow is perfect! If your a fan of stop motion, you will get a real kick out of it. When Junior was first revealed, it appeared as if the tail had no Articulation at all ... Thank god I was wrong, and it blew my expectations right out of the water. No awkward joint bends and no sign of annoying resistance means the tail of Godzilla Junior is proof of excellent craftsmanship.

Very happy with the articulation.

Sigh ... While the main figures in this line are improving, the accessories are anything BUT. Junior comes with the 2 Helicopters seen following the events in the film's final act. Other than swappable rotor blades and a translucent cockpit for each one ... That's all they have going for them. They look nice, but feel lacking. Plus, the stands they come with are the poster children for frustration. For one Helicopter alone it took a good while to attach since it kept falling off. And to prove it, one of the swappable rotor blades was covered in SWEAT due to how annoying it was to connect the wires to the Choppers ... They were like the final boss for my patience. For those getting Junior, I sincerely hope you don't put up with this kind of irritant like I did.

As I mentioned before, due to the new Joint system Godzilla Junior can have gaps open like his dad. But Fortunately, this also means they can be adjusted in the same way ( But slightly more tricky due to the tiny sculpt )

While they can't be seen due to the light, my figure has very few scratches to the paint. Nothing major, but noticeable upon close inspection. Plus, there's some tiny paint mishaps here and there, most notably on that of that tail spines. However, due to the size of the spines in question I can forgive this mistake.

But now, onto two areas that do raise concerns ...

The issue in photo A is that of the Torso Segment. What concerns me is the high resistance felt when trying to move it back. If pushed too hard it may cause a scratch or two to the sculpt. I am not certain, but I won't tempt fate.

The issue in photo B is not exclusive to my figure. Refer to the right the torso and look at how wide that segment is bent off of it. Despite being made of hard plastic it does look off and if you're not careful, might break under extreme pressure. While not as fragile as the cursed Wing Joints of a Certain figure in this line, it's just something to be mindful of if you encounter it.

I Pry At Your Little Eye!

That has to hurt!

Godzilla Junior is a fine entry into the Monsterarts line ... Well, the main figure that is. Sculpt is excellent, the articulation is wonderful, and he has a great paint job. However, the weak accessories knock off a few points for being not just unsatisfying, but also rather flimsy to work with and set up.

Therefore, The S.H Monsterarts Godzilla Junior gets a great score of 4.3/5.

Thanks for tuning in and for reading the Import Monster Sniffer Dog's first review!

With the big bad on the horizon, who knows what the future holds ...