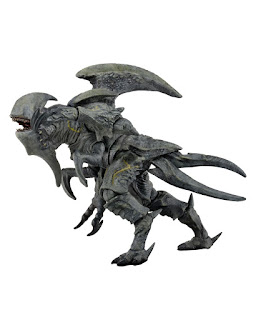 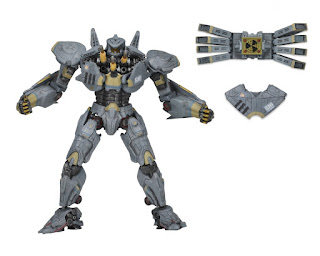 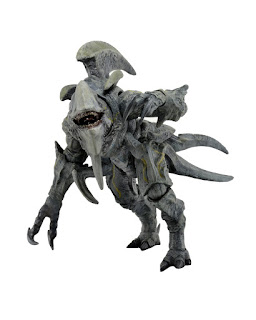 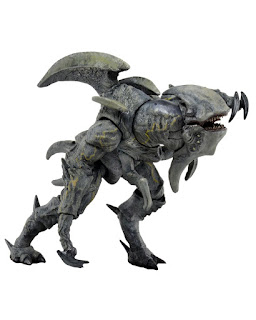 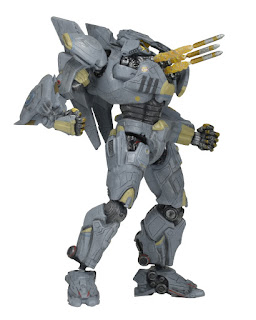 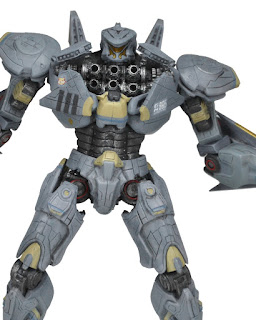 "From the epic Pacific Rim movie, our newest boxed, ultra-deluxe kaiju action figure is Mutavore!
Just when the world thought that the alien invasion was over, this Category IV kaiju emerged from the breach and easily broke through Sydney’s Anti-Kaiju Wall. At over 8” tall and over 6” wide, Mutavore is massive – larger than the previously released Trespasser, Scunner and Knifehead! This movie-accurate figure utilizes 100% new tooling, features over 30 points of articulation, and is to scale with our Jaeger action figures."

"From the sci-fi movie Pacific Rim, we present the definitive collector’s version of Striker Eureka!

The towering mech from Down Under gets the “Ultimate” treatment, with an all-new body and new articulation. Its open chest of rockets is actually an interchangeable piece that swaps out to show a fiery missile launch! There’s even a nuclear payload that attaches to the back of the figure.

The 7” scale Australian mech is made from the actual digital files utilized by ILM in the creation of Pacific Rim for exacting accuracy and detail. Comes in collector-friendly deluxe window box packaging with opening flap."

at 2:22 PM
Email ThisBlogThis!Share to TwitterShare to FacebookShare to Pinterest