Back in July, a list of Funko POP! Figures was leaked, revealing that Godzilla would be joining the POP! lineup with a special 6-inch "Super Size" figure. Recently, the figure was revealed, as well as rumors of different variants. Over the past few days, those turned out to be more than just rumors.

There are currently three known variants. The greenish variant is the standard retailer version. 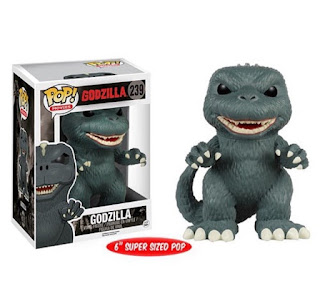 The Black & White "Original Godzilla" variant, the first figure to be revealed at the Gamestop Expo, will be a Toy Tokyo exclusive only available at NYCC. 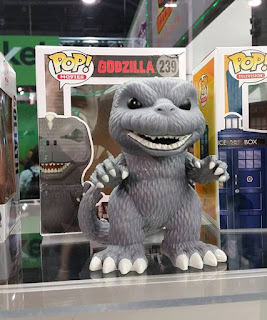 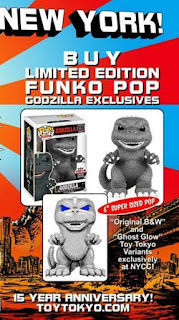 This glow-in-the-dark variant is also a Toy Tokyo NYCC exclusive. 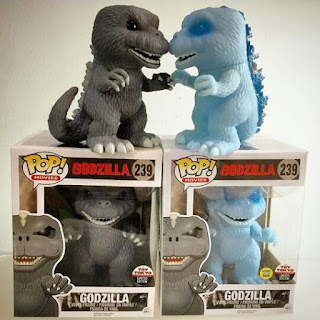 Retail on the POP! Godzilla is $14.99, scheduled for a November release.

That's all for now! We'll keep you updated if more variants appear, or if we see any more Funko POP! Godzilla figures!

at 5:44 PM
Email ThisBlogThis!Share to TwitterShare to FacebookShare to Pinterest