Over the past few years, through interviews and product being released,  Tamashii Nations' MO for releasing figures has, for all intents and purposes, been revealed. Essentially, two of the biggest factors for choosing product comes from (1) anniversaries and (2) fan demand. Yes, obviously, more goes into product development, such as whether or not this figure will go along with other ones released, but even Tamashii Nations itself seems to buck that particular tradition from time to time (MonsterArts Godzilla (1964) with no Mothra, anyone?). Given the two previous mentioned points, I believe the topic of this article must seriously be discussed now, as we are looming over the announcements for the November 2014 general exclusives from Tamashii Nations, and this November also just so happens to be Godzilla's 60th birthday.

So would the S.H. MonsterArts Godzilla (1954) be a possibility or a pipe dream? I, for one, believe it will happen.  And soon. 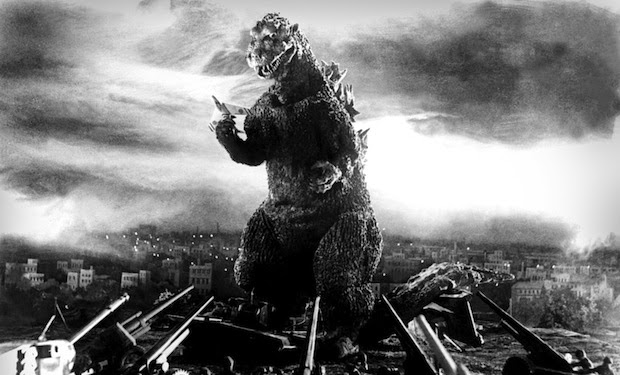 To begin, I will seriously hit home on the first point, anniversaries. Across nearly all *coughnottigerandbunnycough* of the strategic properties for North America, product has been specifically made for anniversaries. As mentioned before, Tamashii Nations is more than willing to go outside of their comfort zone for a product to be made, and an exemplar of this comes from the D-Arts line. In a seemingly never ending onslaught of characters from the X series, which character did we see for the Blue Bomber's 25th birthday? You guessed it right, the original Mega Man. 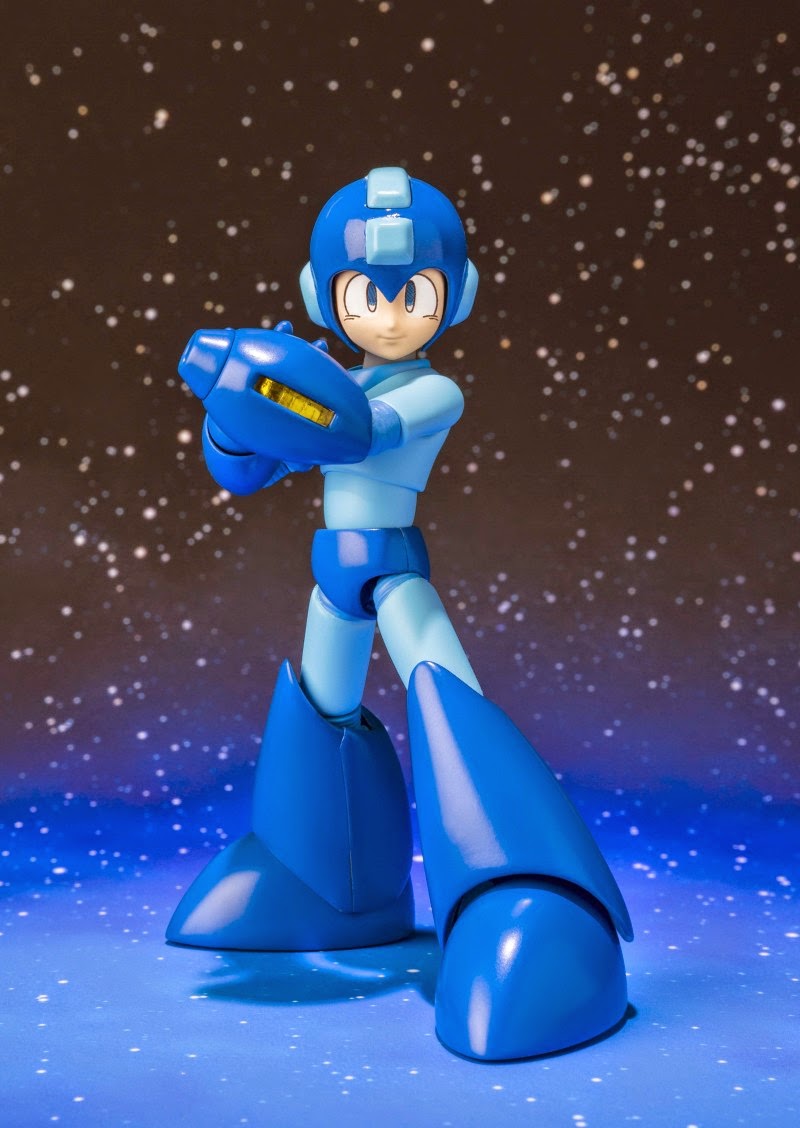 And even beyond this one figure, collectors also got to enjoy Bass. Also, another point to this is the fact Mega Man was a general release for December 2012, so not only was it released in the year of his 25th, it was nearly to the date, too, as the original Mega Man game was released in December 1987. Speaking of 20-something anniversaries, how can we forget this gem? 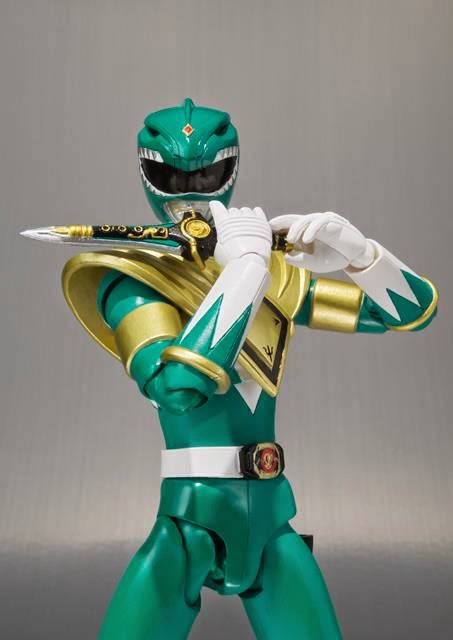 Yes, the Drag-err, Green Ranger, representing the Mighty Morphin' Power Rangers S.H. Figuarts made specifically for their 20th anniversary. You read it right, to capitalize on both demand and the anniversary, the whole team, and then some, was released. But wait, that's not all! How about this one? 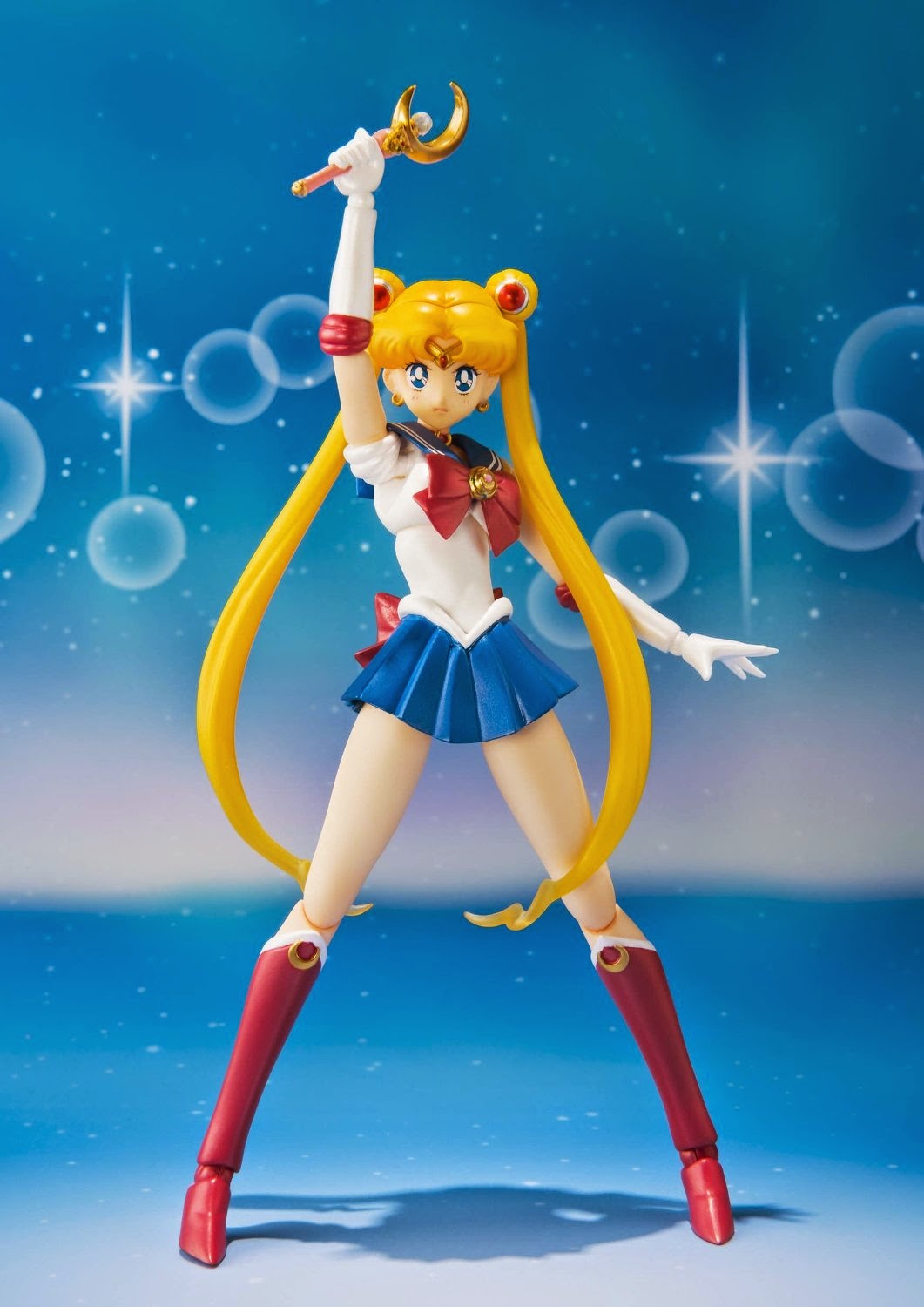 Sailor Moon and company. Despite her prototype being withheld for years, she was specifically saved to capitalize on the 20th anniversary of her series. Quite the dedication to capitalizing on a special year, wouldn't you say? Now, you may have noticed I left a glaring property out, Dragon Ball Z. Well, that's because there has not been a figure for an anniver- Oh. Wait. In November, this abomination (take that as you will, since he is an unholy monster), just in time for Broly - Second Coming's 20th anniversary, the S.H. Figuarts Broly will be released. Perhaps this is just a coincidence, given Bluefin has stated he was highly requested, though one look at the Figuarts Broly and any fan will notice a distinct lack of green-tinted Super Saiyan hair, which was very obvious in his first appearance, and his hair reverted to normal in Second Coming.

As mentioned in the previous paragraph, fan demand is the second driving force of product I will discuss. To begin, let's stick with Dragon Ball Z, shall we? Remember, folks, Japan abhors villains. 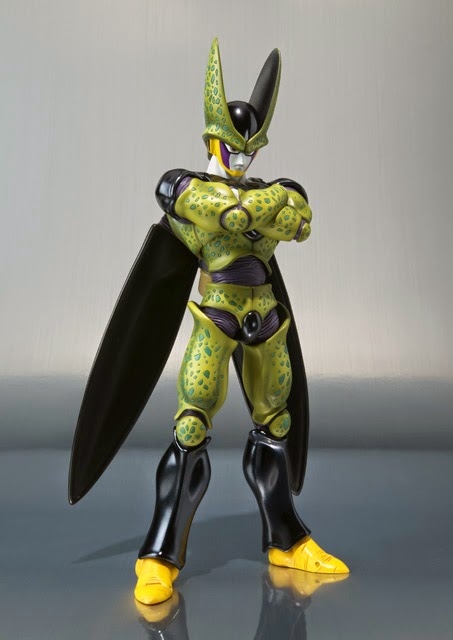 Yet the only reason the S.H. Figuarts Perfect Cell exists is due to the fact North America wanted it. Maybe there were over 9000 requests for it? 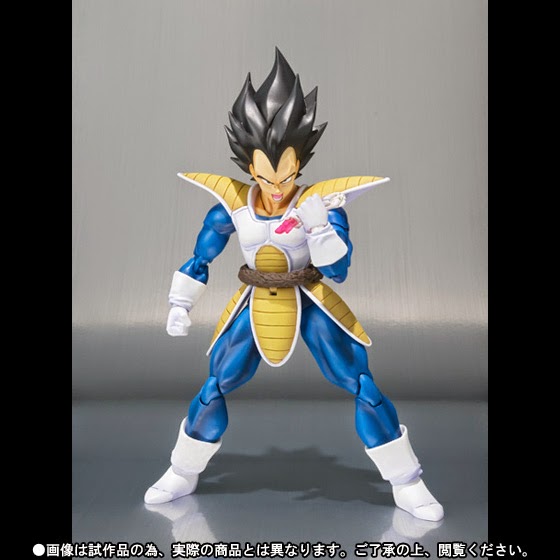 Because not only is that why the S.H. Figuarts Saiyan Saga Vegeta was made, but it is also the reason why he came with a crushed scouter accessory, because North America wanted it. Also of note, admittedly a San Diego Comic-Con exclusive, even the most... questionable products happen. 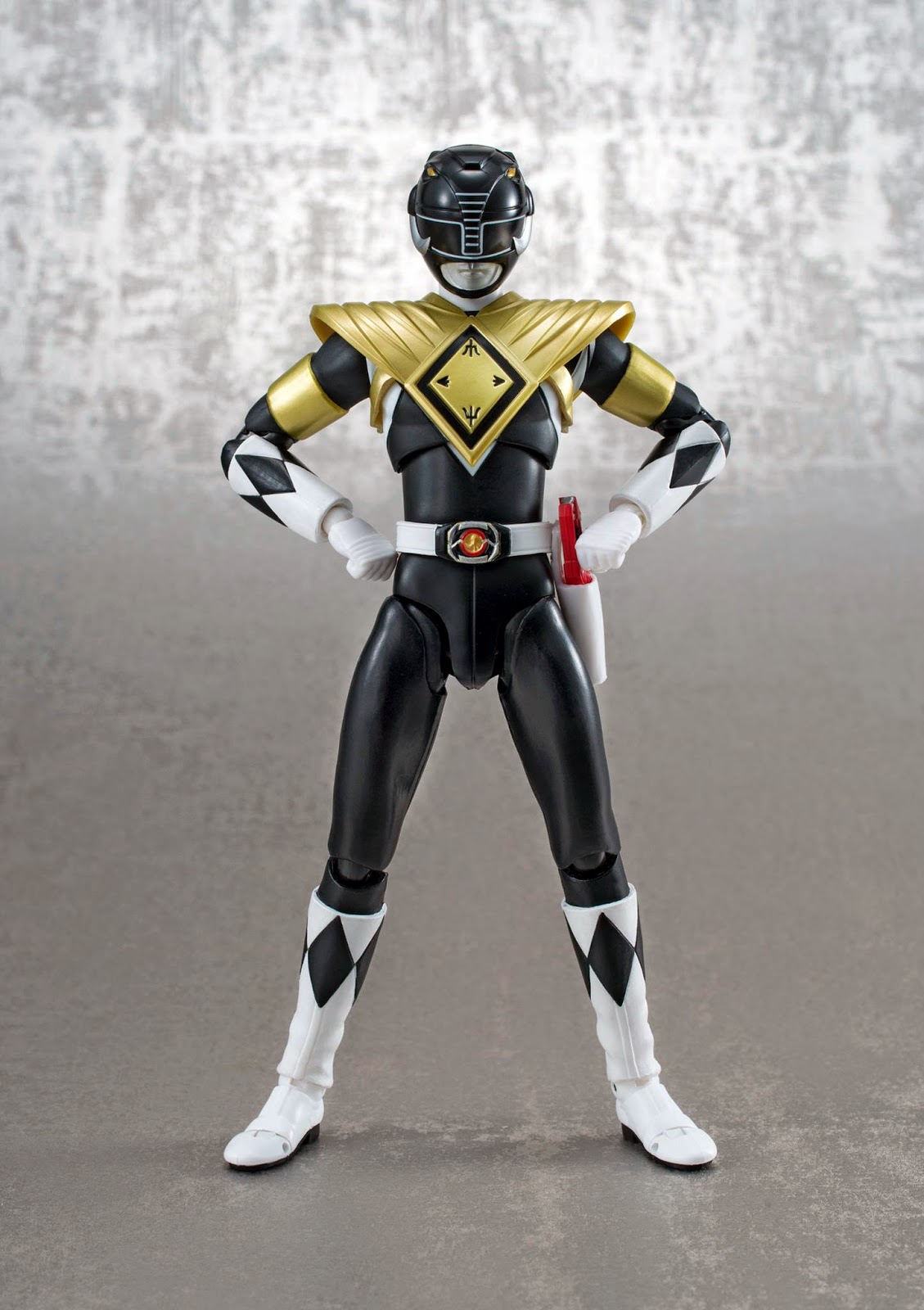 Even with extremely limited screen time in MMPR, the Black Ranger with the Dragon Shield will be available at SDCC this year (though there's still no SHMA exclusive). Beyond this, though, a Figuarts ZERO Lord Zedd has been more than teased for release. Speaking of rather odd choices (do note, I am more than aware this will sell extremely well, the Black Armored Ranger), how can anyone forget this? Sigma. Enough said. Despite being slightly resculpted with no added articulation, we got Sigma... in the Figuarts ZERO format. Yes, many were sad about this choice, myself included, but the fans ultimately got Sigma. At least Mega Man collectors could soothe their pain with a little drink... 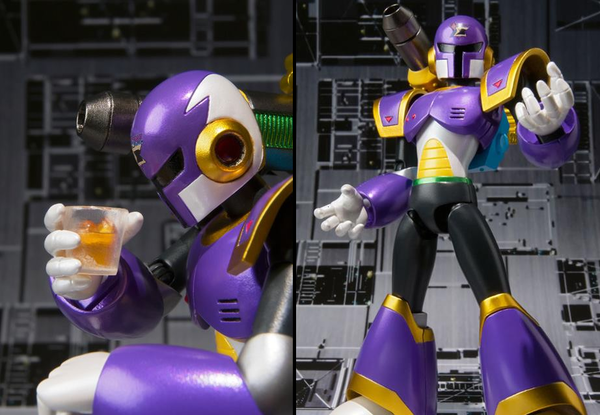 ... which came with the D-Arts Vile, another highly requested character from the Mega Man universe. But wait, that's not all! Even Sailor Moon got some love. Undoubtedly they would be released, but fans still wanted and requested them. 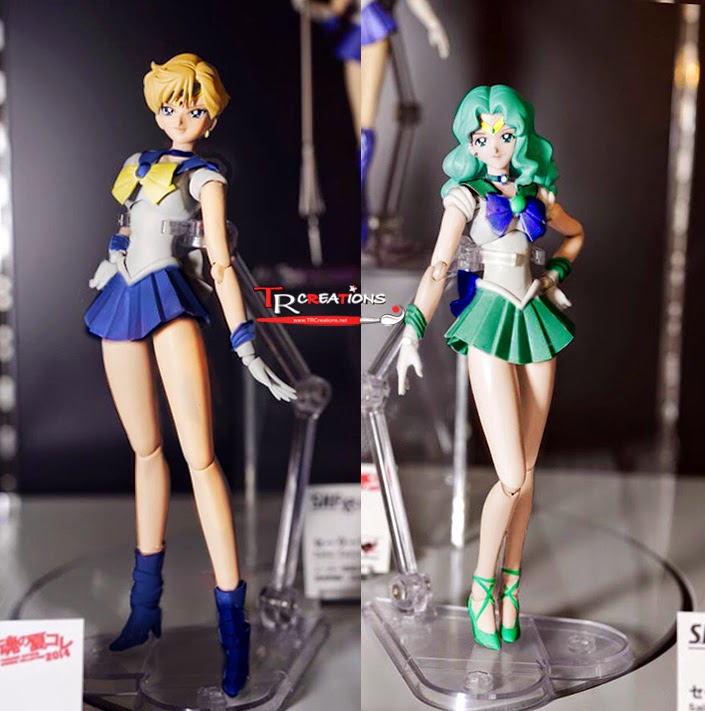 And with the recent Anime Expo, Tuxedo Mask seems to have some ground, too.

Finally, this beast. Request after request finally forced Tamashii Nations to at least give us a flower before doing horrible things to our wallets. Biollante. The poster child for "if you spam it enough, we'll do it to shut you up."

Now, one might say "the fan demand is good, but where are you seeing it? Where does it fall into play?" As an admin of a group dedicated to the likes of the S.H. MonsterArts line and a lurker in many places of the internet (I have seen some stuff let me tell you), I constantly see someone hoping for the best for a Godzilla (1954). The demand is there, I see it. It can and should happen.

Ultimately, though, Tamashii Nations is factually acknowledging both demand and the anniversary with... this. 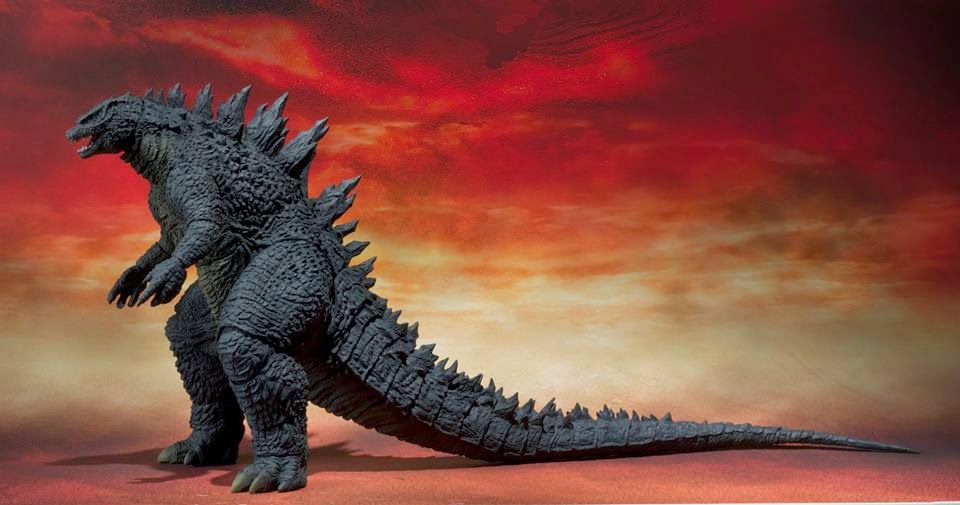 Bluefin's official product description includes this tidbit: "In all his magnificent detail, the Godzilla (2014) figure is a worthy commemoration for the 60th Anniversary." Personally, I believe it to be marketing hooplah to acknowledge the 60th, but who knows? Looking at Tamashii Nations' entire business model and other lines, even more than I could bring up in this article, there is no reason to assume Godzilla (1954) would be skipped this year. Yes, we have already gotten the S.H. MonsterArts Godzilla 1995 (Birth Ver.) and Godzilla (2014), but the original is special. The original is what started it all. It is the icon of kaiju, bringing together some of the greatest minds in the history of tokusatsu. Dammit, it's THE King of the Monsters. If Tamashii Nations is going to attempt to respect the character, or those who collect the line, which they have suggested more often than not they do, we will be seeing another Godzilla this year.

I mean, if they are willing to do this and screw it up so horribly.... Godzilla (1954) is in the bag for November.

Posted by Steven McCarthy at 9:40 PM