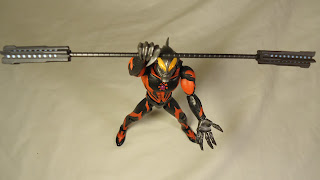 Introduction:  The 2009 film, Mega Monster Battle: Ultra Galaxy was notable for a number of reasons.  One of the most obvious was the introduction of the Showa time line's first genuine evil Ultraman:  Ultraman Belial.  This villain sure knew how to make an entrance:  Escaping from prison he literally defeated an entire planet of Ultramen, including the incredibly powerful Ultra Brothers and Father of Ultra!  Later in the film he used his Giga Battlenizer to summon and control an army of 100 monsters!  Truly a powerful and awe inspiring antagonist!  So, how awe inspiring is his Ultra-Act figure?  Read on and find out! 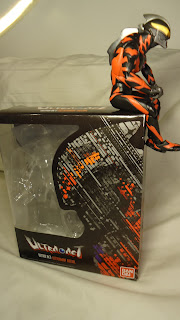 Package (5/5):  Being an earlier release, Ultra-Act Belial has the older star burst package.  This one features the character's head in profile, and it looks great.  On the back are attractive promotional images showing what the figure can do.  Wishing more and more for a return to this "classic" packaging. 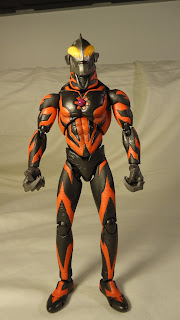 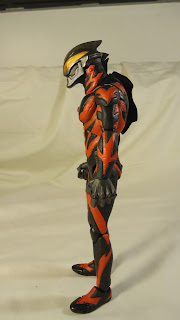 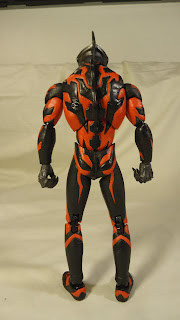 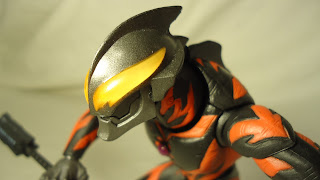 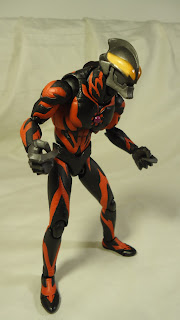 Sculpt (5/5):  The sculpt on this figure is amazing, with plenty of intricacies and fine details.  Belial has a very scarred, corrupted appearance, and that is reflected in the figure.  His entire body is covered by scars and rough textures.  His head looks amazing, and he has his own saw blade version of the "fin" a lot of Ultras have running down their back.  Overall, the proportions are great.  And a real standout is the sculpting on his clawed hands.  They look very sharp and deadly. 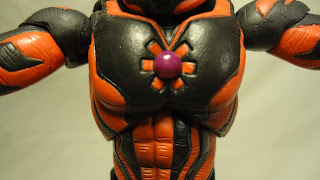 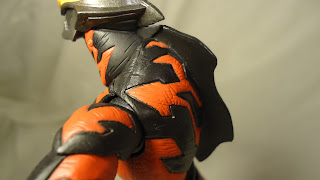 Paint (4/5):  Belial has a very striking color scheme, with scar-like patterns of black and reddish orange all over.  His head is metallic grey, and his color timer is purple.  Overall, his color scheme looks great.  Upon closer inspection, however, there are many instances of painting outside the set lines.  It doesn't hurt the look of the figure overall, but it can be a bit distracting up close. 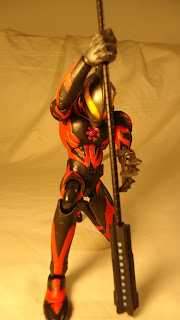 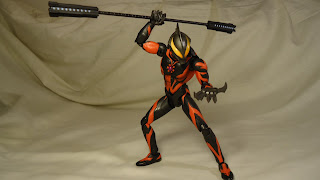 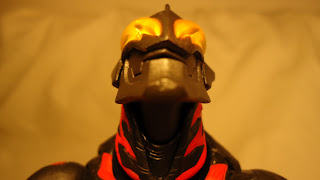 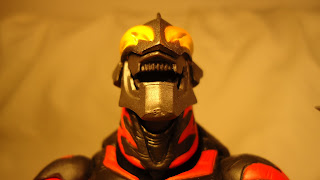 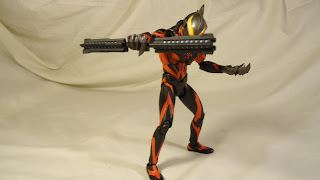 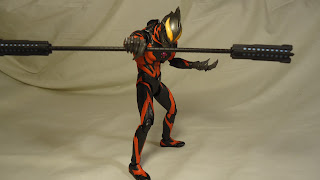 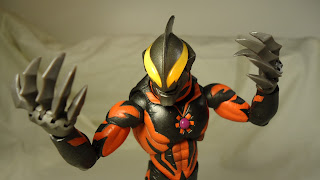 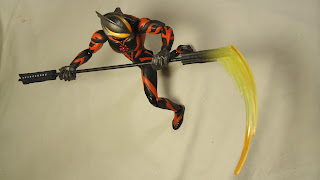 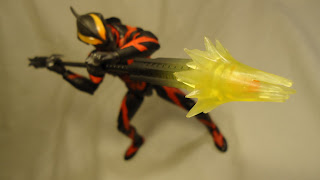 Accessories (5/5):  Belial comes with just the right amount of cool accessories to earn a perfect score.  First up is the Giga Battlenizer, which comes with both a short and long middle section (it was retractable in the film).  Also included is an alternate end piece which is half normal and half yellow in color to simulate energy attacks.  Speaking of which, Belial comes with two types of energy effects:  A scythe-like protrusion
and an energy blast.  Both fit perfectly in the aforementioned yellow ended Battlenizer piece for a very realistic looking effect.  Finally, Belial comes with a pair of alternate hands.  These hands are open, and perfectly showcase his menacing claws.  What's more, the fingers have a bit of articulation.  These hands are perfect for menacing poses, and round out an excellent set of accessories. 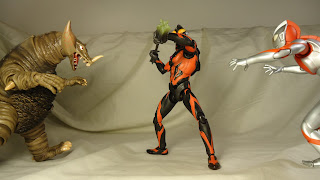 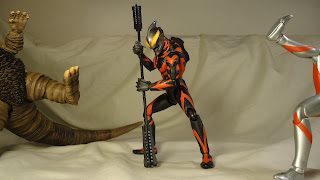 WATCH OUT!  As always with Ultra-Acts, care must be taken when swapping parts.  Especially with the Giga Battlenizer, which has extremely thin pegs. 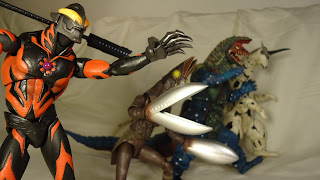 Overall (4.5/5):  Ultra-Act Belial is quite the awesome figure overall.  There are a few minor nits here and there, but the figure is incredibly detailed and can hold an extraordinary amount of poses.  I recommend Ultra-Act Belial to all fans of the Ultraman franchise.

at 1:15 AM
Email ThisBlogThis!Share to TwitterShare to FacebookShare to Pinterest
Labels: Bandai, Reviews, Ultra-Act, Ultraman Week 2012