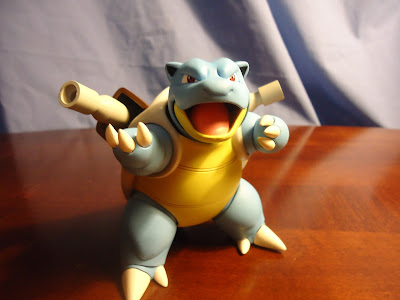 Introduction: Blastoise is the 9th Pokemon in the National Pokedex, but to many of us, it was one of the first Pokemon to be by our side as we journeyed across the Kanto region to collect badges and take on the Elite Four for the first time. Years later, Tamashii Nations introduces Blastoise into their D-Arts line, and many became excited. Does Blastoise hold up to our fond memories? read on and find out!

Box (5/5):  Blastoise's box looks great, and features a holographic effect on it reminiscent of the Pokemon Trading Card Game. Also, the box is small, making it space sufficient. Overall, it is a great box. 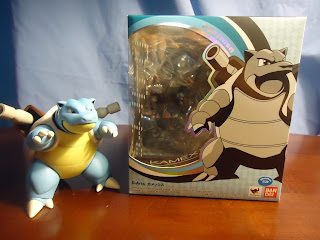 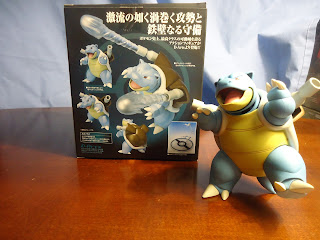 Sculpt (5/5):  Blastoise has a very simple sculpt to it. In general, it looks just as good as a Blastoise can be. The shell detail is great,the face looks spot on, not complaints from this reviewer! 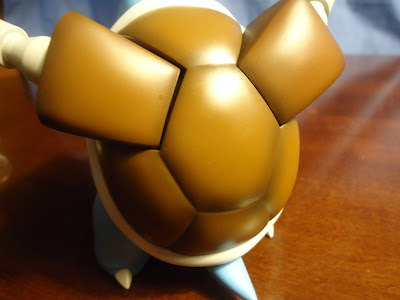 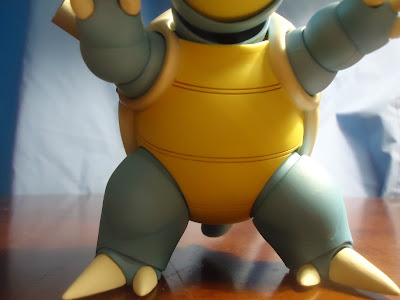 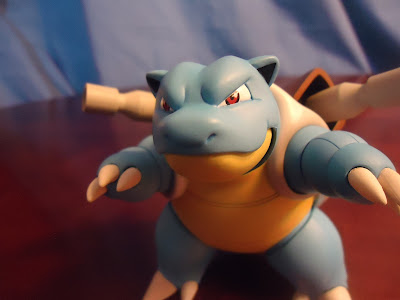 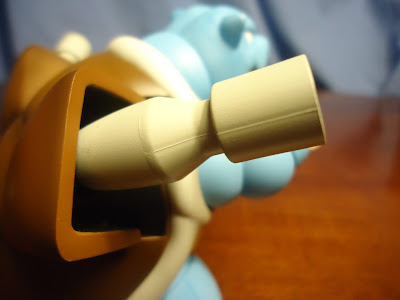 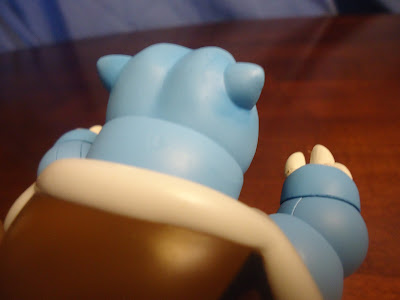 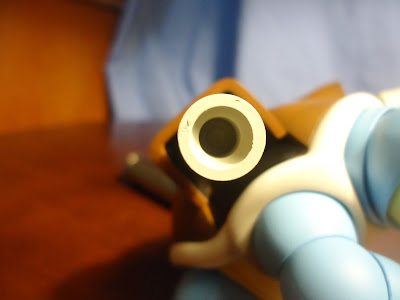 Paint (1/5) : The paint on Blastoise is bad. Really, really bad. The paint looks very chalky and is clumpy in spots, especially on the nails. Also, it looks as if some parts on Blastoise have.... hair stuck to them in spots, and the mold lines on Blastoise are brought out in a very, VERY ugly way. In addition to this, the left cannon on this reviewer's Blastoise has scratch marks on the inside from one of the extras. Finally, there is paint transfer present on the inner thighs of Blastoise from its shell, though nothing is present on the shell.

If this one is a dud, then wow, this is an example of how to not paint a figure.

And, of course, it doesn't like to show up in photographs well. 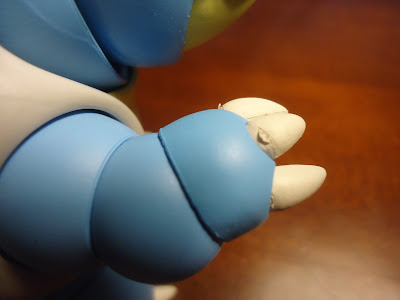 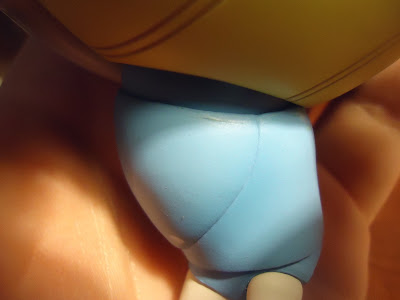 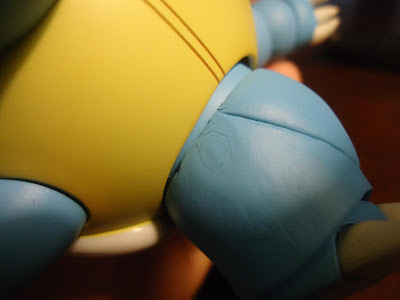 Articulation (3/5): Blastoise's articulation is very standard for a turtle like this. Ball joint shoulders, thighs, feet (only slight movement), nails, head,  shell plates for the cannons, and tail, with swivels at the biceps, and hinges at the elbows, shell cannons, and the mouth. Overall, this seems to be a winning combination, but Blastoise can't move too much, due to the design of the Pokemon. Overall, though, it works for the figure, but one cannot help to feel more could have been done to it. 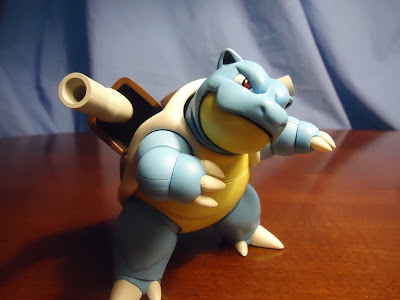 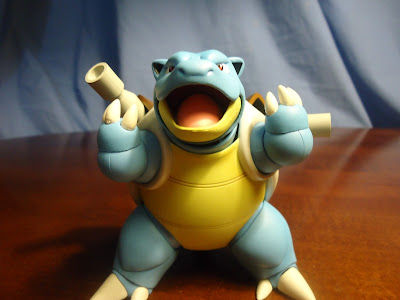 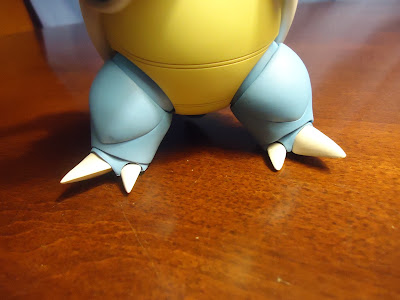 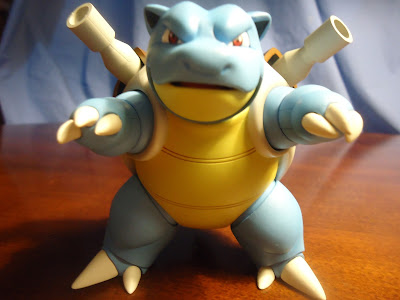 Accessories (5/5): Blastoise has some pretty solid accessories. It comes with a Pokeball base, a support arm and claw, and two Hydro Pump effects part. Very simple, very basic. The only gripe would be the tips of the effects parts seem a bit bland with what Tamashii Nations has done with other parts. Not too much to complain about! 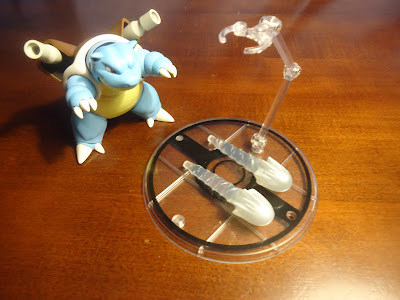 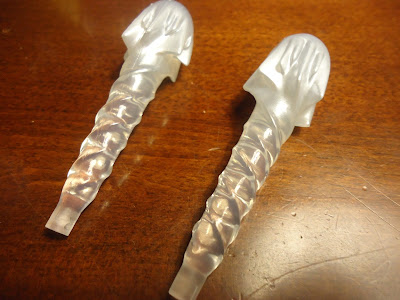 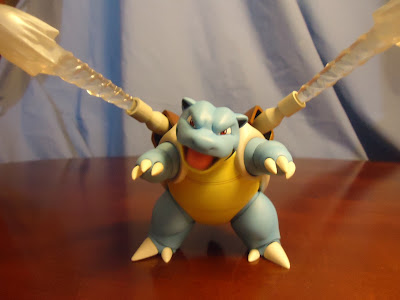 Watch out!: Not too much to be careful of with this figure. Just be careful of the effects parts scraping the inside of the cannons (they are both labelled on the bottom which cannon they go in), and also be cautious of leaving them in without support.

Overall (3/5): Blastoise is not the best figure on the market today, but it is not absolutely horrible. If one is a fan of the character, one should not hesitate to pick this figure up; it is a great representation of of Blastoise, despite the paint and articulation shortcomings.

We now return you to the typical turtle shenanigans. 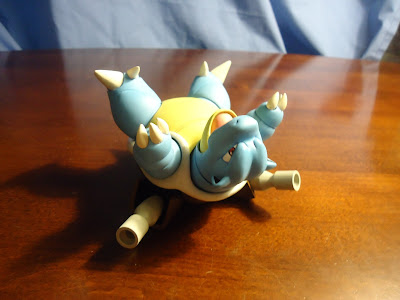 We hope you're enjoying D-Arts week so far! More to come!


at 2:51 AM
Email ThisBlogThis!Share to TwitterShare to FacebookShare to Pinterest
Labels: D-Arts, Pokemon, Reviews, Theme Week