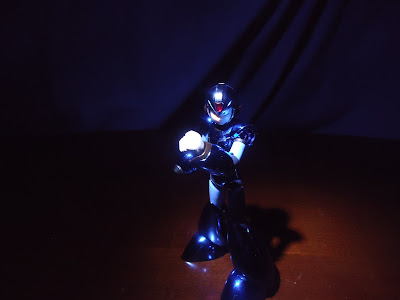 Introduction: The Blue Bomber has been a staple in the history of video games for more than 25 years now, and without a doubt, Tamashii Nations has honored this iconic figure with fantastic entries into the D-Arts line. This figure was the first Mega Man exclusive from Tamashii Nations, distributed by Bluefin, for San Diego Comic Con. Two years later, on the eve of SDCC13, does this figure still hold up as well as it did when released? Read on and find out!

Box(4/5): The box this particular figure comes in is a limited edition box featuring a foil treatment to it. It looks spectacular in person, though at times it can be dark, and any damage done to the box is amplified in terms of visibility due to the shiny nature of the box. Regardless, it looks great. 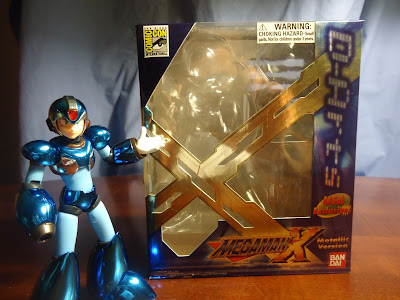 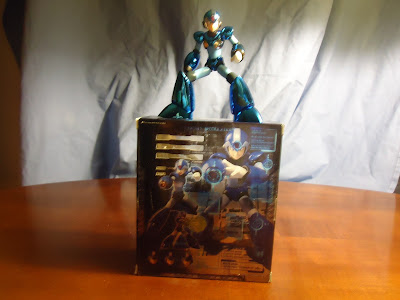 Sculpt (5/5): X (as he shall be referred to throughout the rest of the review) features a fantastic sculpt. For a robot, everything looks great on him. Every nook and cranny is designed well, and his armor looks fantastic. There is next to no problems with the sculpt at all! 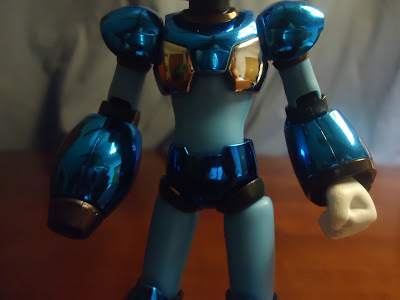 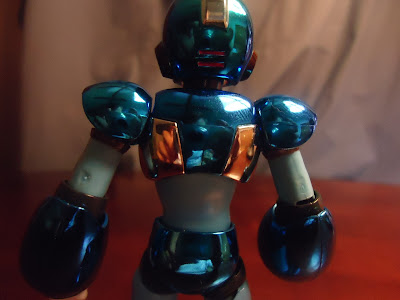 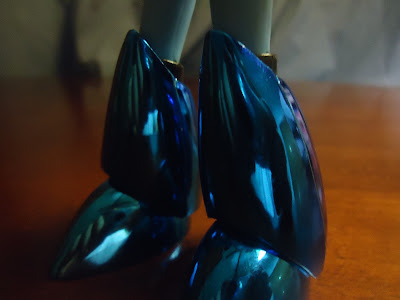 Paint (2/5): Now, X is a fantastic figure so far, but this is quite possibly his BIGGEST, weakest downfall; the paint. Does it look flashy? Yes. Does it look like a real robot? Sure, but a bit overdone. Does the paint show a lot of wear and tear over time? Ohhhh, you bet. Though the actual paint application on X is relatively great, deserving a 4/5 in its own right, white comes out in the final product is lacking. For example, the chrome paint on X can chip off, and most likely will. Also, on this reviewer's particular figure, the leg sculpt shows some... clumping(?) of paint near the joints. To go alongside this, paint transfer of the faces of X can happen thanks to the red jewel on his forehead. Also, paint transfer has been documented on other figures from the hands to the cuffs of the forearm armor on X. 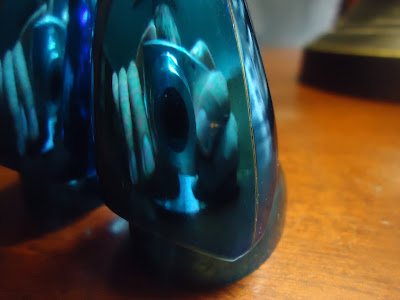 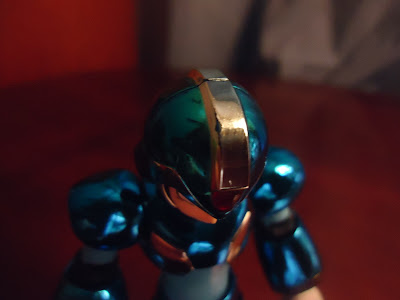 Articulation (5/5): Back to the awesome. X has articulation out the wazoo, and is able to balance almost perfectly, too. Ball jointed feet, swivels on the biceps,ball jointed neck, shoulders (with a hinge, too, under the armor), hands, torso, waist, and hips make this one awesome robot! Overall, perfect. 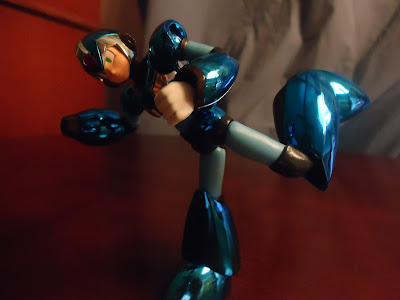 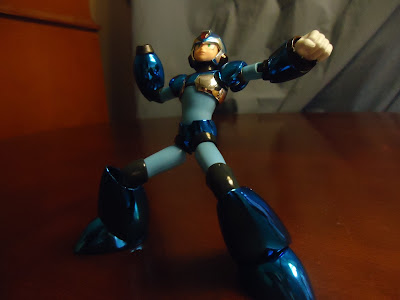 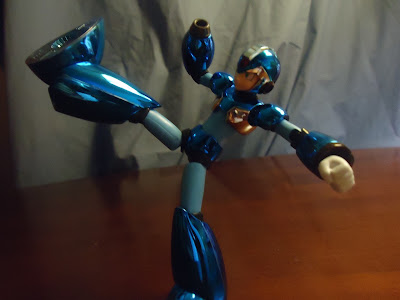 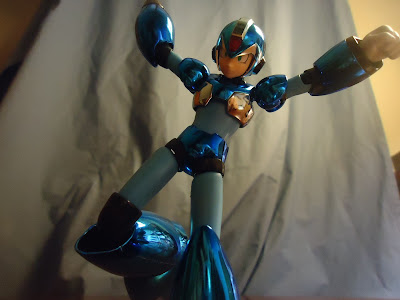 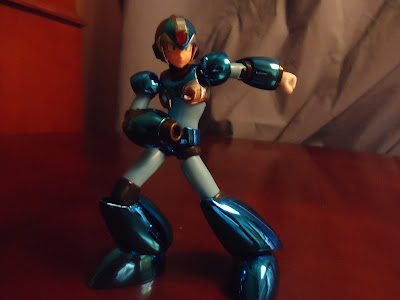 Accessories (5/5): X comes with just about everything one would need for this awesome figure.  Splayed hands, fist hands, an exchangeable forearm so both arms can be used, a buster piece with a red jewel in it, a calm, angry, and yelling face, one with a hole to support buster shots, and a three piece shot, along with a fully charged shot. The only thing missing is some sort of stand piece, with reasoning for it in the Watch Out! section. 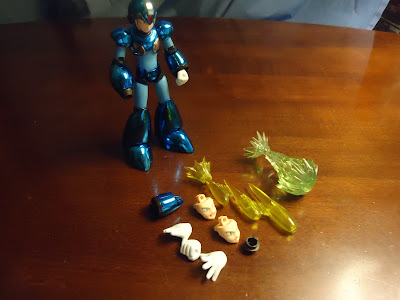 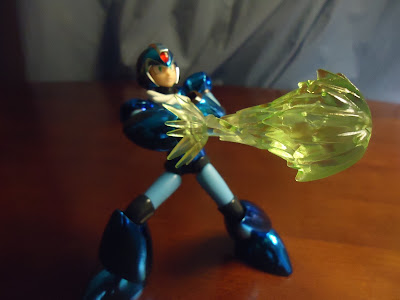 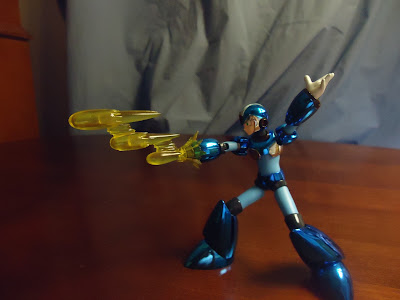 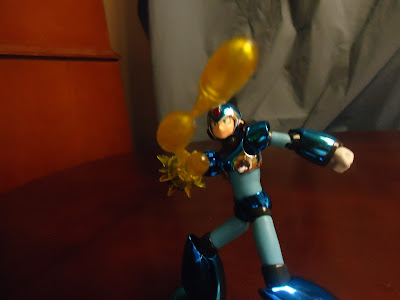 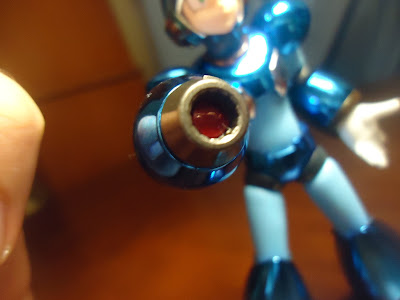 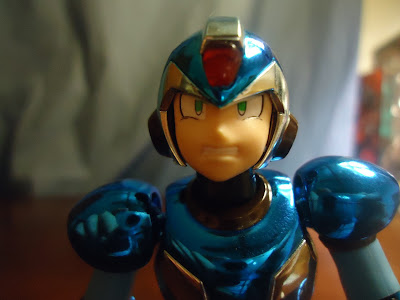 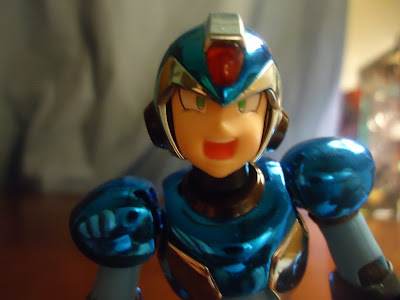 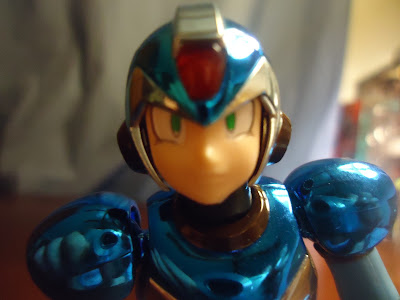 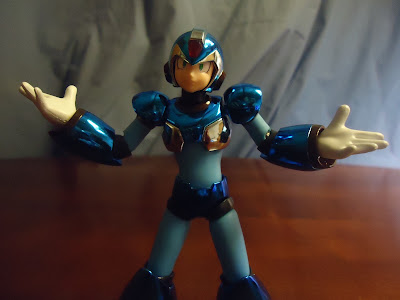 Watch out!: As stated before,the paint on X can be an issue for some. Also, the larger buster shot has been known to snap the bicep swivel of the arm that is supporting it. A stand or support of some kind is highly recommended. On a final note, parts tend to come off of X, due to the part swapping gimmick of full armor X and this figure.

Overall (4/5): Despite the paint issues, the metallic version of X is a fantastic figure, and works great in nearly every collection. It was an impulse buy for this reviewer, and next to no regrets since!

Well, hope everyone enjoyed the first review of D-Arts week! More to come! 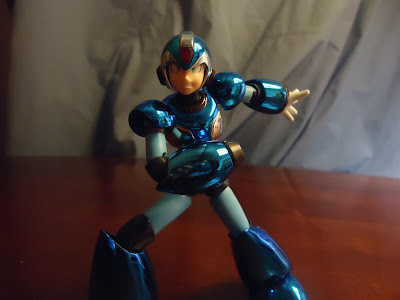